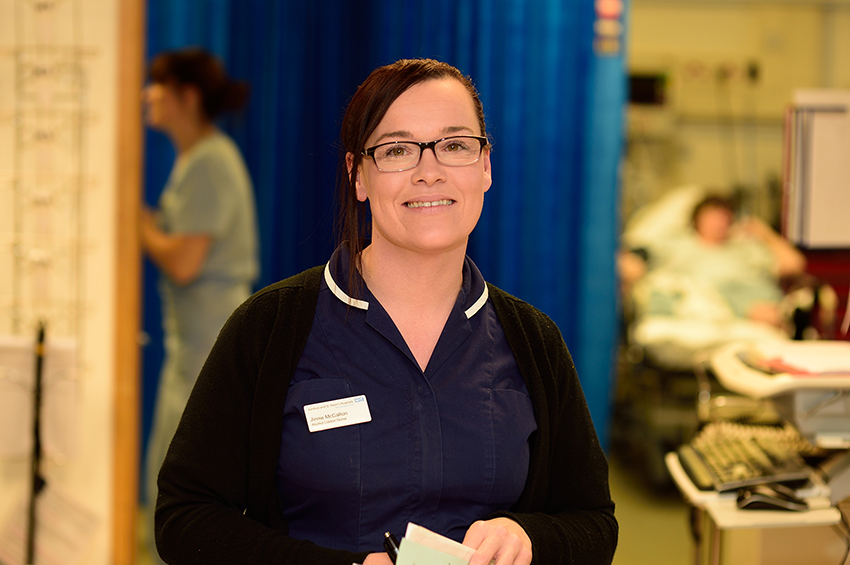 A new service has been introduced at Ashford and St Peter's Hospitals to help tackle the growing problem of alcohol misuse and alcohol related health harm.

The appointment of a new Alcohol Liaison Nurse, Jinnie McCallion, has been introduced to offer advice and support to patients admitted and identified as being at risk from too high an intake of alcohol.

Jinnie, whose experience covers a range of clinical nursing areas including two years with St Peter's, commenced her new role in November 2015. Speaking of her new position she said, 'In the UK over a quarter of the population drink too much alcohol. This costs the NHS around £3.5 billion annually, and in the Surrey area, it is estimated that 250 men and 200 women die from alcohol misuse each year. There is good evidence across the UK that alcohol liaison staff can reduce associated hospital costs by identifying those at risk and providing timely interventions. An estimated nine-million adults drink at levels that pose some risk to their health, unaware of the damage their drinking could be causing.