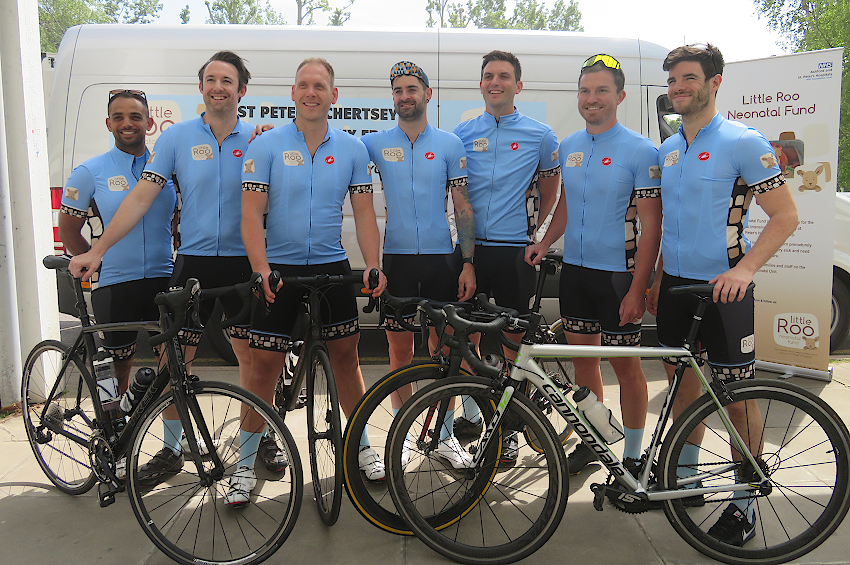 On Friday 18th May, Nico Wright and eight friends set off from Ashford and St Peter's Hospital's Neonatal Intensive Care Unit (NICU) on a 9 day cycle ride covering 1,315 kilometers to the Alps and up to the summit of Mont Ventoux - the "hardest of all the mythical Tour de France climbs". To fundraise for the Little Roo Foundation, the charity supporting the NICU at St. Peter's Hospital, in memory of his son Teddy who died two years ago to the day from a mitochondrial degenerative disorder.

Teddy Wright born on 16th May 2016 and sadly only lived for three days due to his disorder, and since then his mum and dad Elle and Nico Wright have been tirelessly fundraising in his memory, raising an amazing £60k for the Little Roo Foundation through Teddy's Legacy and the TEDicated cycle ride has so far raised nearly £15k.

Nico Wright, Teddy's Dad commented just before he started the ride, "It's a very emotional day all round, as it's Teddy's actual anniversary today and its bringing back a lot of memories for us. I am also so overwhelmed with the support that all my friends have given to be a part of the ride with me, and that we have raised so much money in memory of our Teddy!"

Sarah James Robertson, NICU Matron added, "Good luck to all of the riders in the TEDicated cycle, a million thankyous to everybody for such a wonderful fundraising event that will benefit so many of our babies and parents in one way or another."

Pictured above are the The TEDicated Cycle Team