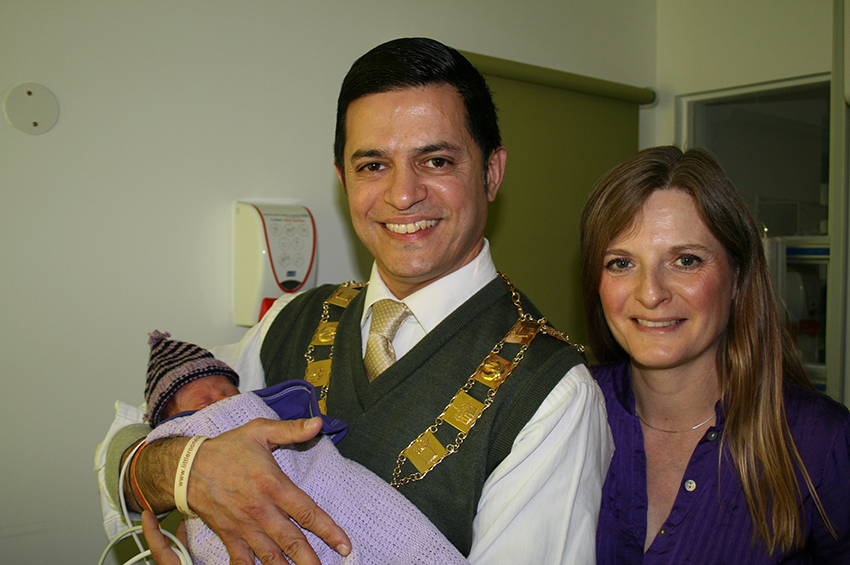 The Neonatal Intensive Care Unit (NICU) team at St Peter’s Hospital was out in force on Friday 17th November to raise awareness of prematurity and money for their Little Roo Neonatal Fund on World Prematurity Day.

It is estimated that one in every 13 babies is born before 37 weeks in the UK and last Friday staff, babies, parents and even the building at St Peter’s went purple – the colour of prematurity – as a striking reminder of the impact it has on families when babies are born too soon. 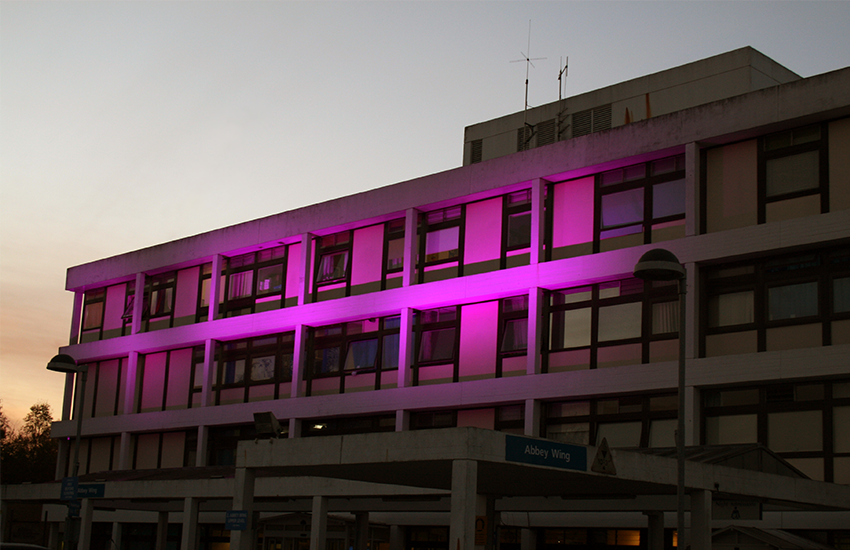 Joe Thorp-Legg from New Haw knows first-hand how this feels as her son, Marshall, is currently being cared for in NICU after arriving at 28 weeks and 6 days gestation. Joe said: “Marshall arrived early due to placental abruption, so it was all a bit of a shock and panic. The care he has received in NICU has been incredible and it’s been wonderful to see him grow and go strength-to-strength. It was very long journey to getting pregnant and having Marshall and we can’t wait until he is well enough to go home. We call him ‘Miracle Marshall’ as he truly is our little miracle.” 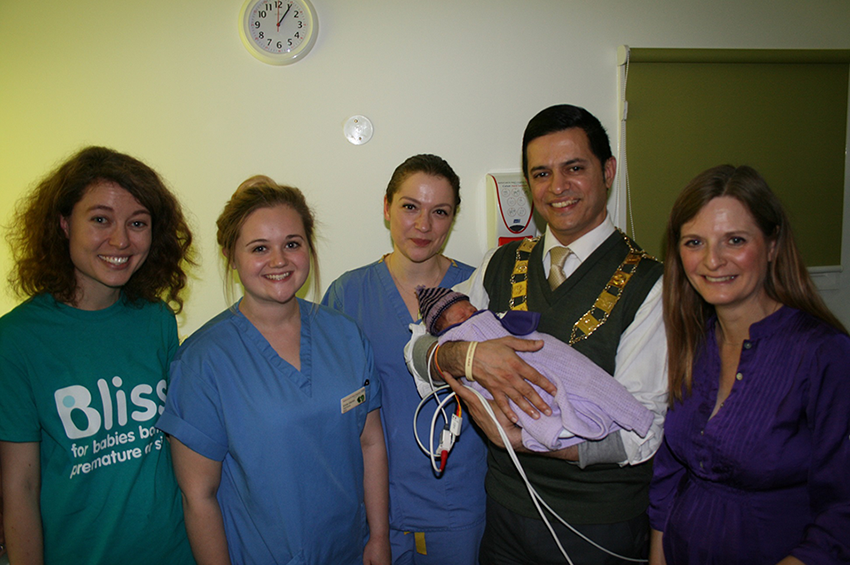 Joining the team on the day was Mayor of Runnymede, Cllr Iftikhar Chaudhri, who has personal connections to Ashford and St Peter’s Hospitals and is a great supporter of NICU and the Little Roo Neonatal Fund. He spent time visiting the stand in Main Reception and chatting to staff before moving to NICU to meet Joe, Marshall and some of the other babies and parents on the unit.