Professor Humphrey Scott, elected President of Coloproctology at the Royal Society of Medicine 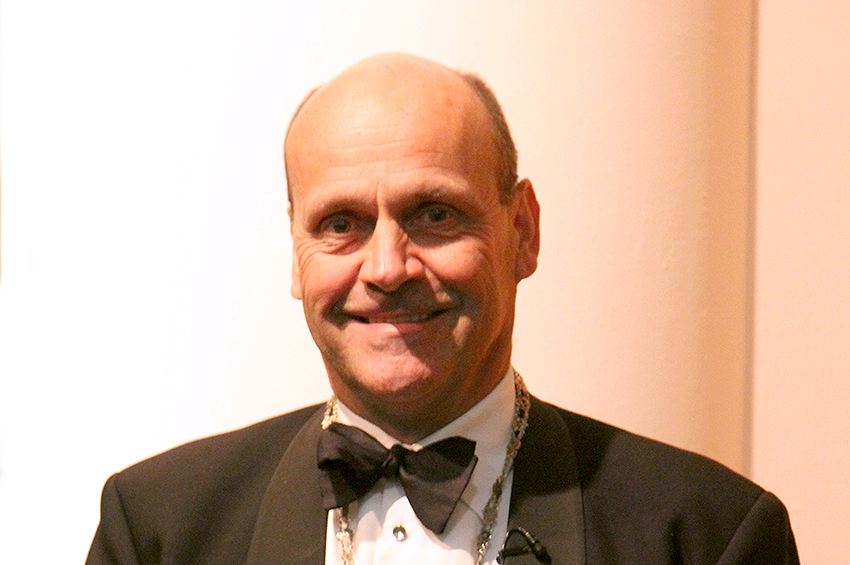 We are delighted to announce that Professor Humphrey Scott, Consultant Surgeon at Ashford and St Peter’s Hospitals, was elected President of Coloproctology at the Royal Society of Medicine, on Wednesday 25th of October 2017.

Humphrey has been a consultant at the Trust for 21 years. He is passionate about education and training the new generation of surgeons. He was appointed to this prestigious position in recognition of his commitment to training and expertise in Colorectal Surgery.

During his year of office, Professor Scott and the team will be hosting two meetings at Ashford and St Peter's Hospital; the first is the Annual Coloproctology Meeting run by Mr. Phil Bearn and Mr. Pasha Nisar on 1st of December 2017 in the Post Graduate Centre, and the second will be the President's Meeting on the 8th of April 2018 which has an educational theme and international speakers attending.

Humphrey said of his appointment: “I am delighted to have this opportunity and I recognise the fantastic support I have received from my colleagues within the department of surgery and the managerial staff at Ashford and St Peter’s Hospitals.”