The Capital Projects team covers the assessment, planning, development and management of capital infrastructure projects at the Trust.

In the past few years, we have continued a significant investment programme to improve the environment for our patients and modernise and upgrade our hospitals. 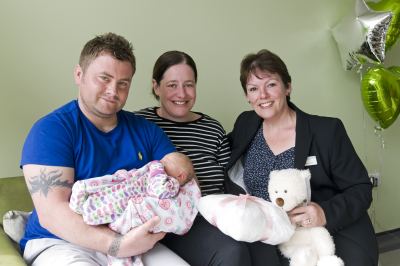 Our new Abbey Birth Centre, which opened in May 2014, is run by midwives rather than doctors, providing a ‘home from home’ environment for women who have normal and uncomplicated pregnancies. 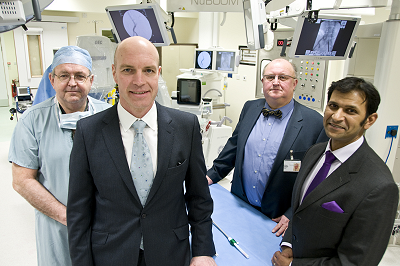 Putting our cardiovascular services on the map

We have continued to develop our specialist cardiovascular services, opening our new Hybrid Theatre which enables complicated vascular surgery to be carried out in a minimally invasive way. The theatre opened to patients last summer (2013) and was officially opened by former Olympic gold medallist, swimmer Adrian Moorhouse, in January 2014. In October 2013 we opened our brand new £2.8 million Cardiac Unit in partnership with InHealth, which brings all our cardiac diagnostic facilities together. The new unit was opened by The Mayor of Runnymede, Councillor Yvonna Lay and eminent cardiologist, Professor Douglas Chamberlain

Last summer (2013) we completed our £2.8 million project to refurbish and modernise the outpatient department at Ashford Hospital. The new department – which has been completely transformed – was officially opened by well-known local actress Nina Wadia (best known for playing Zainab in EastEnders) in September 2013. 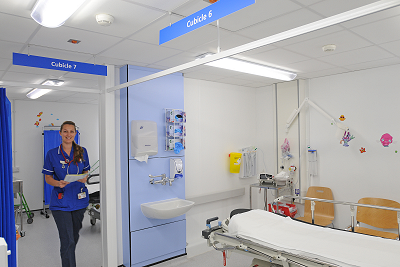 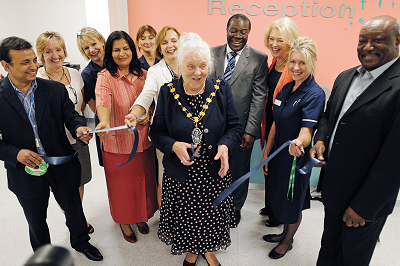 Last summer (2013) we opened our newly refurbished Jasmine Suite at Ashford, used for breast and gynaecology outpatients. The unit was updated following feedback from patients and was officially opened by the late Mayor of Spelthorne Councillor Isabel Napper. We remain grateful for all her support for our Breast Unit at Ashford Hospital over many years.

Our new Ambulatory Emergency Care Unit, which opened in December 2013, located just outside A&E at St Peter’s, for patients requiring urgent care but who are unlikely to need hospital admission. This type of unit, which is consultant-led, is nationally recognised as best practice for ambulatory care and is helping to avoid unnecessary hospital admissions.

Our new Admissions Lounge at St Peter’s Hospital will be completed at the end of this summer (2014). The new lounge will provide a much better environment for patients and will be located closer to our main theatres. We are also developing a business case to significantly expand our A&E department at St Peter’s, with a new Critical Care Facility.